The Perfect Weekend in Budapest 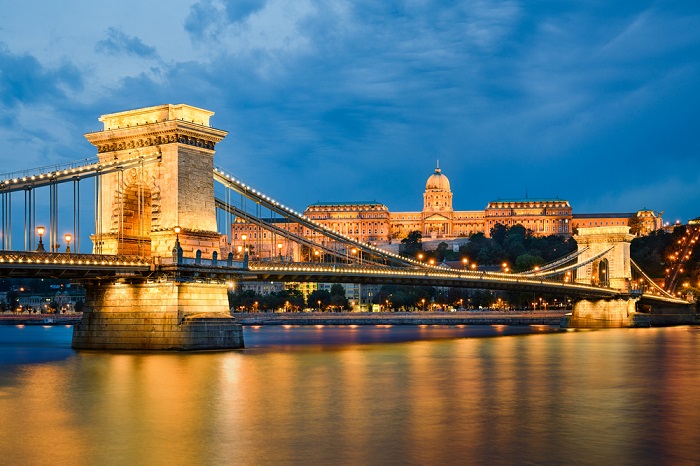 Dreaming about a perfect weekend in one of the most beautiful cities of Europe? Intripid has got you covered with ideas to create the most magical weekend in Budapest, Hungary!

Budavár Palace was built in 1733 and has suffered a lot through history, including wars and lootings which led to some of its destruction. However, its definitely still worth a visit. Although the furniture is not original but has been imitated to perfection. You’ll also be able to admire the view of the city and the Danube.

Behold the 2 best scenic views of Budapest! On Mount Gellert’s peak, take a walk amid the greenery and breathe in the fresh air. It’s a great picnic spot too. You can also visit the musuem there and the Budapest citadel.

If you like to a view a city from above, we recommend the Corvin Teto rooftop. This ancient building with with a communist architectural style houses a shopping center, nightclub and a gorgeous roof you can climb up to. Many events are held here like outdoor movie nights in the summer.

Unfortunately, there are more and more museums out there that seem to sound the same. But this one contains testimonials of a sad past that must not be forgotten. The House of Terror showcases the tragedies of the past –  a Nazi prison where torture and executions were commonplace during World War II.

One of the most beautiful buildings in Budapest, the basilica of Saint Etienne of Pest was erected on a hill that once saved hundreds of people from drowning after the river flooded. The basilica owes its name to the fact that it houses the remains of the right hand of the Founding King of the Kingdom of Hungary. You can admire one of the most beautiful views of the city from the terrace but beware, you’ll have to climb the 370 steps.

Join Intripid on our Very Buda Trip challenge! With a Hungarian-speaking referee, go wild and test your courage by doing various activities like becoming a barman or DJ, trying local alcohol, doing the ice bucket challenge, playing beerpong, tasting insects and much more!

Check out one of our adventures below:

Have a special night out in Budapest at a “ruins pub” or a “bar in the ruins”. Just like the name suggests, these are old, abandoned Hungarian buildings that have been transformed into party spots. The concept has become a great success with over half a dozen establishments in the city. And some are really exceptional – the decor and ambience totally defy the imagination and make them a favorite with European ravers. We recommend the 3 best: Fogashàz, The Instant and the Szimpla Kert.

The central market with its magnificent architecture is definitely worth a visit. You can also shop for food there especially traditional Hungarian specialties. We recommend the paprika salami, duck et honey which are incomparable here in relation to the rest of Europe.

A symbol of Hungarian independence, this museum was built in 1837 and its permanent exhibition showcases all of the history of the country. And it was on the steps, on 15 March 1948, in front of the museum building, that the national song was sung, triggering the Hungarian revolution against the Austrians.

You can’t go to Budapest without testing their famous thermal baths. In fact, the city has several thermal water sources flowing through it, which are one of the main attractions of the place. Some believe that the water has healing powers because of the powerful minerals it contains. Pay attention to the timings however as they are often subject to change and sometimes you need to book beforehand. We recommend the Gellert and Széchenyi baths.

Did you know the baths also open at night to become “sparties“? They attracts many tourists and ravers from all over the world. Come party like in a club but insteas amid natural hot water springs in Budapest! Click here to see a video. We recommend the  Schézenyi and Lukács baths.

One of Budapest’s biggest specialties is the langos, a type of bread cooked in oil and flour or potato. You can find it almost everywhere in Budapest but we recommend you try it out at the grand central market – that’s where the tastiest, cheapest ones are!

For those wishing for a more calm, romantic evening and are also lovers of jazz, this is perfect for you. The Colombus Jazz Club boasts amazing views of the Danube and Royal Palace and also has a pub and restaurant.

Considered one of the best nightclubs of Budapest, Hello Baby is located in the heart of a gothic building. It’s an unmissable spot in the city! 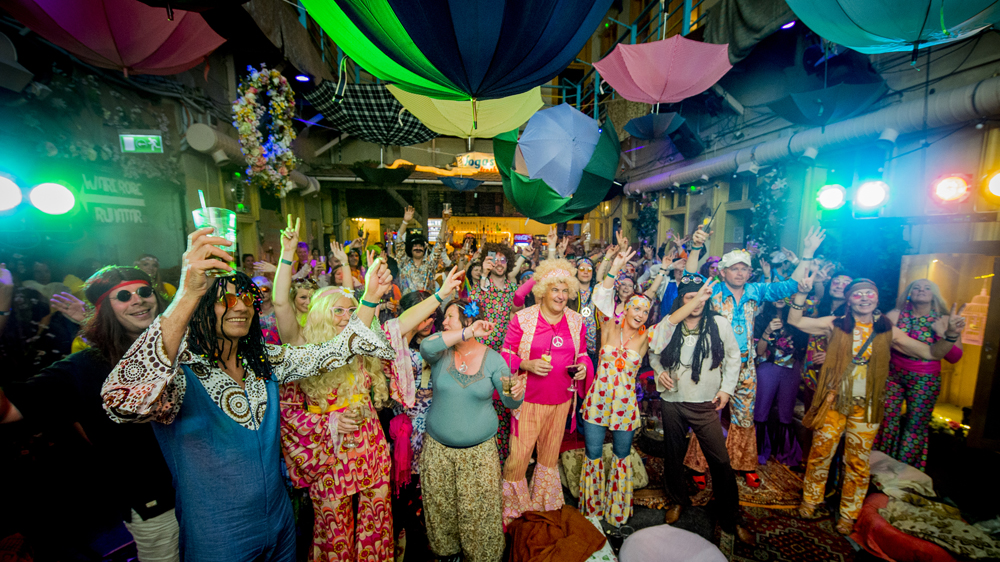 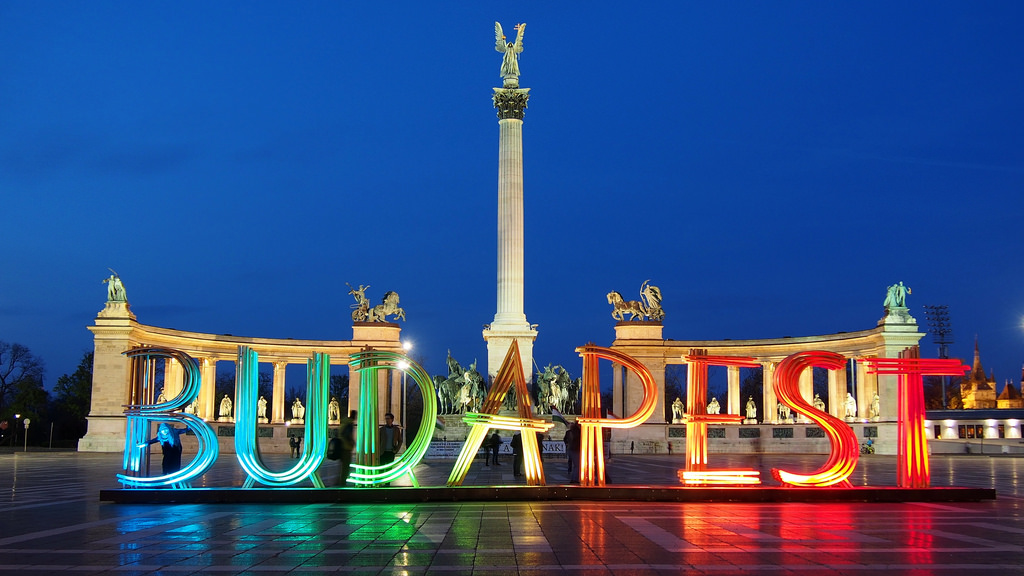